Drone footage has revealed the scale of HS2’s largest construction site in the Midlands.

The site in Warwickshire is being prepared for the launch of a tunnel boring machine (TBM) that will dig under Long Itchington Wood, creating a 1 mile twin bore tunnel before the route heads North and swings into Birmingham’s Curzon Street Station.

Main contractor on the job is the BBV Joint Venture of Balfour Beatty and Vinci who will be one of the biggest recruiters in the Midlands over the next two years, expecting to recruit 7,000 jobs to support the delivery of its HS2 programme of work.

There are currently 60 workers on site including student engineers and apprentices.

Current work on the 1km sq site entails a large and deep excavation, with 250,000m3 of material being excavated in layers before being transported and deposited locally to form environmental embankments for the main line.

The 2,000 tonne tunnel boring machine, which has been manufactured in Germany by Herrenknecht, is due for delivery on site in early 2021. 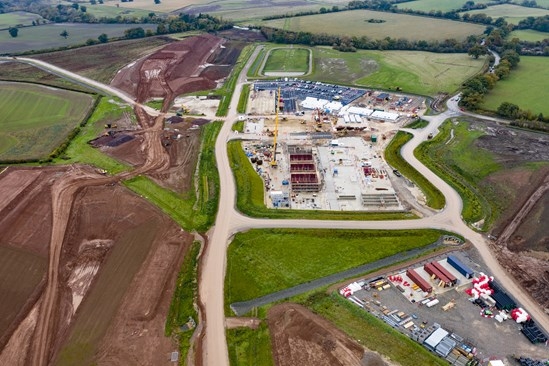 It will be launched in Summer 2021 and completion of the boring will be mid 2022. The tunnel will be around 9-10 metres in diameter.

On this stretch of the route there are two tunnels being built by BBV – the other one is Bromford Tunnel. There are also 100 bridges, 35 viaducts, 36 cuttings and 70 bridge structures.

Michael Dyke, Managing Director of Balfour Beatty VINCI said: “In readiness for the arrival of the first tunnel boring machine, works have already commenced in earnest to prepare the Long Itchington Wood Tunnel north portal site, with our expert team and valued supply chain partners excavating 250,000m3 of material before reusing it elsewhere across the route.

“Critical to the successful delivery of Europe’s largest infrastructure project – HS2, the 2,000 tonne tunnel boring machine will set off on its journey from the portal next Summer, travelling from North to South to create the twin bore Long Itchington Wood Tunnel.”

The TBM will take around 5 months to complete the first bore of the twin bore tunnel.

Once the first bore is complete, the TBM will be extracted at the South Portal reception box before being transported by road back to the North Portal to commence the second bore.

A large portion of the TBM support modules will be drawn back through the bored tunnel before being positioned on the cradle for the second bore.

Works on a Green Tunnel located south of the South Portal will commence later this year using the D-Wall rigs mobilised for the reception box.

Excavation of the reception box will be undertaken in this period with the material being stockpiled locally. 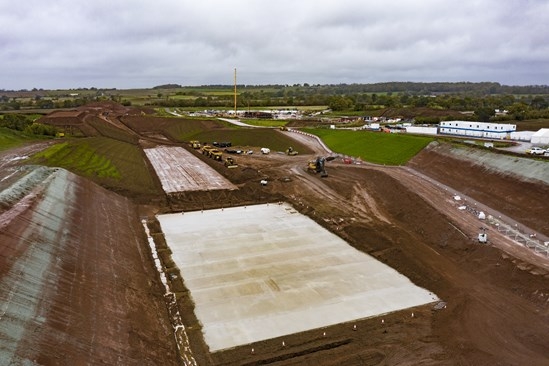 Specialists working on the site include Collins Earthworks who are undertaking bulk earthmoving. Collins, based in Derbyshire, has around 120 employees working on HS2 sites in the Midlands.

Other suppliers working on the site include: