Engineers have come up with a radical plan to build a temporary double-decker crossing within the existing structure of Hammersmith Bridge in London, which has been closed fully on safety grounds since 13 August this year.

This truss structure would provide a lower level for pedestrians and an upper level for cars and buses to cross the Thames while critical repair works take place.

The design by Foster + Partners with input from bridge engineers Cowi has been backed by the local council and presented to Transport Secretary Grant Shapps.

Engineers said the temporary crossing would allow strengthening and stabilisation works to the 133-year-old heritage bridge to be completed at a cost lower than the current £141m estimate. 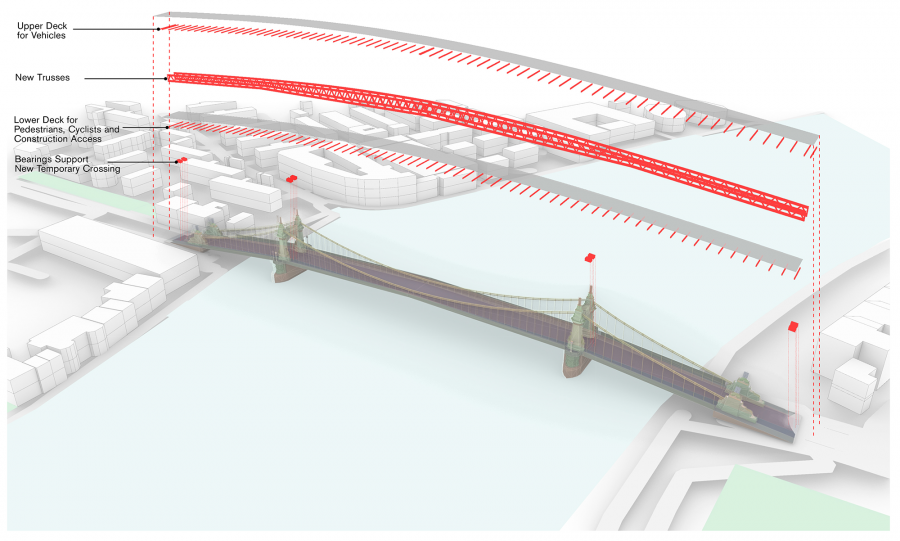 The new truss structure would be assembled in two halves and launched from each side over the existing road surface. 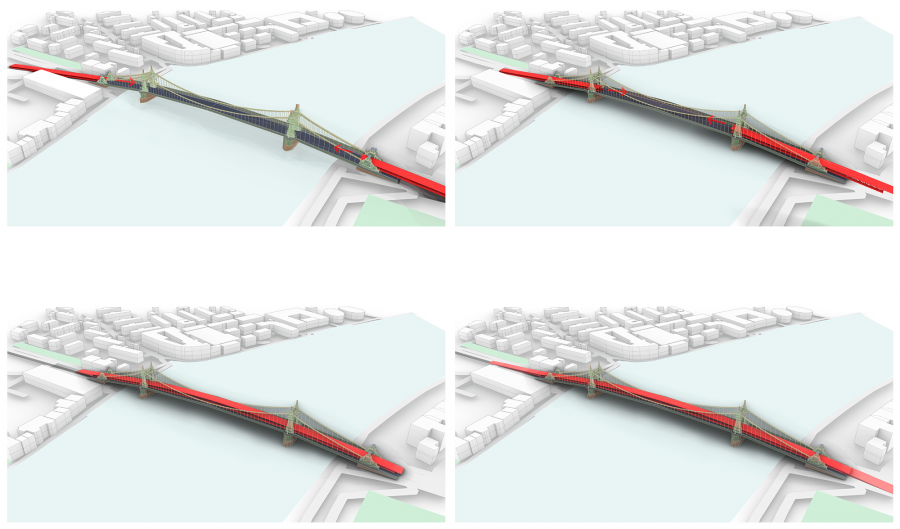 It would be supported on each bank and at the two existing piers. As a result, there will be no added load on the existing bridge deck.

Elements of the Grade 2 listed bridge that need repair, including pedestals, anchors and chains, would be lifted away and transported by barges to an off-site facility for safe repair and restoration.

Contractors would use the new lower pedestrian deck to access the works. Once works were completed, the temporary raised deck would be removed.

By repairing the bridge off-site, the huge task of restoration can be done at greater speed, to a higher level and at a significantly reduced cost.

It would also minimise noise, environmental impact and onsite activity, as well as reducing the all-important carbon footprint of the works.

Luke Fox, Senior Executive Partner at Foster + Partners said “We are excited to propose this simple solution to what is an important missing piece of London’s infrastructure that also gives the opportunity to bring back to life a beautiful and iconic bridge by Sir Joseph Bazalgette”

David MacKenzie – Executive Director at COWI said “We consider that this approach is practical and viable.

“Our experience is that offsite refurbishment of bridge structures is safer and more controlled, and results in a higher quality final outcome when the structure is re-installed.”